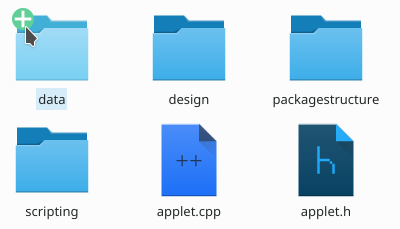 Use on-demand controls for actions which directly relate to an element in a list or a grid, so they can be executed without selecting the element first (for example deleting or replying to an email right from the list).

Especially if only one action is available, it is often better to show the action directly or have the action as default on the item.

On-demand controls are revealed by sliding a handle from right to left to reveal them. As soon as the user taps anywhere else, the handle is slid back.

Previous
Menubar
Next
Patterns for a Simple Command Structure